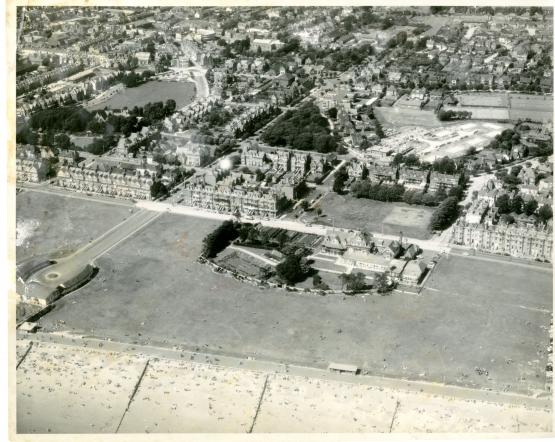 It’s easy to see the changes made to the town since this image was taken, one being The Beach Hotel, seen here right in the middle, which is now the site of Beach Crescent flats and the tennis courts which stood in its grounds are now occupied by the Kingmere block of flats, built 1969-70. The Beach Hotel started life as the Beach Coffee House in 1775, and went through several alterations and rebuilds before finally closing its doors in 1987.