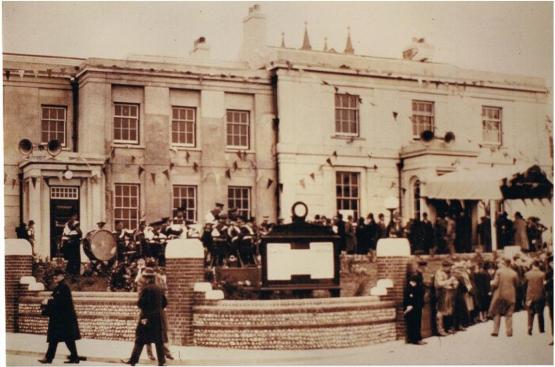 Manor House, where Littlehampton Museum is currently housed, was given to Littlehampton Urban District Council (now Littlehampton Town Council) in the 1930s by Mrs Drummond-Murray, the last private owner of the building. In 1934 the Council moved in and held a special ceremony, as seen in this photograph, during which the building was officially opened by two local school children.