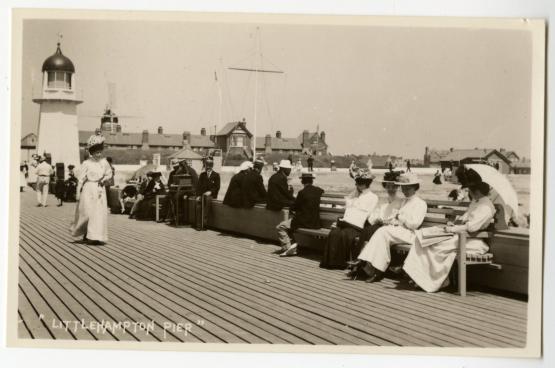 Promenading along the pier and watching the ships heading in and out of Littlehampton’s once busy harbour was a popular pastime with holidaymakers to the town. To the left of this image you can see one of two lighthouses which once stood, fondly known as the ‘Salt and Pepper pots. They were taken down during the Second World War due to their prominence as local landmarks.