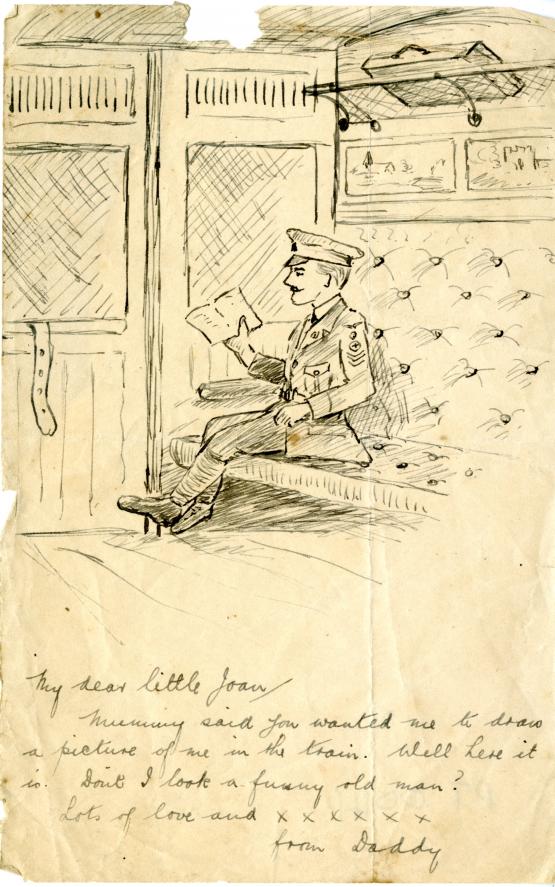 Sgt. Gray spent WWI in the army. In 1918 he joined the newly established Royal Air Force as a general clerk, and also assisted their medical department. He was briefly promoted from Sergeant to Warrant Officer grade I in November 1918.

Throughout his career in the RAF, James sent numerous letters to his daughter, Kathleen. Many of these were illustrated with the adventures of two characters, Bunty and Marmaduke.

James was often stationed at the RAF Headquarters in Cranwell. He would have spent months away from his young family, and these letters were a touching way to keep in contact