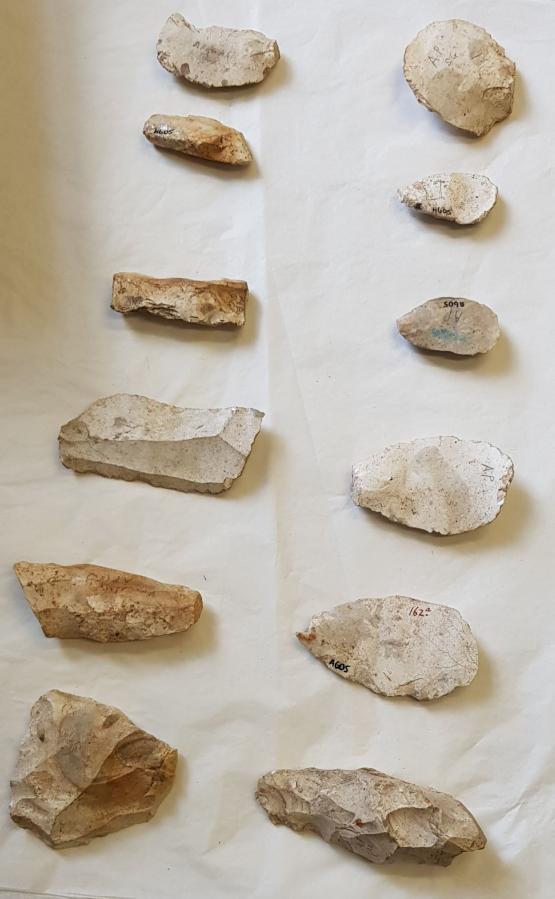 Here are a set of burnt flint implements - found by the Museum's first curator, Mr. Frazer Hearne. These flints were found at Shepherd's Garden in Arundel Park, which shows that there was human activity in the area approximately 4,000 years ago.

We know that these flints were burnt because of their colour, usually flint implements would have colours ranging from brown to navy or black, but these have turned a white colour due to the heat reacting with the crystalline forms within the rock. The longer a flint was subjected to heat for, the more crazed and crackled its surfact would become, eventually shattering. These objects were probably discarded into a fire - which would enable us to identify a hearth site in a settlement or camp.

Whilst these objects have no recorded context, they are an important record of the Museum's foundation history. We have a large collection of objects donated by Mr. Hearne, who was a keen archaeologist and prolific collector of artefacts.