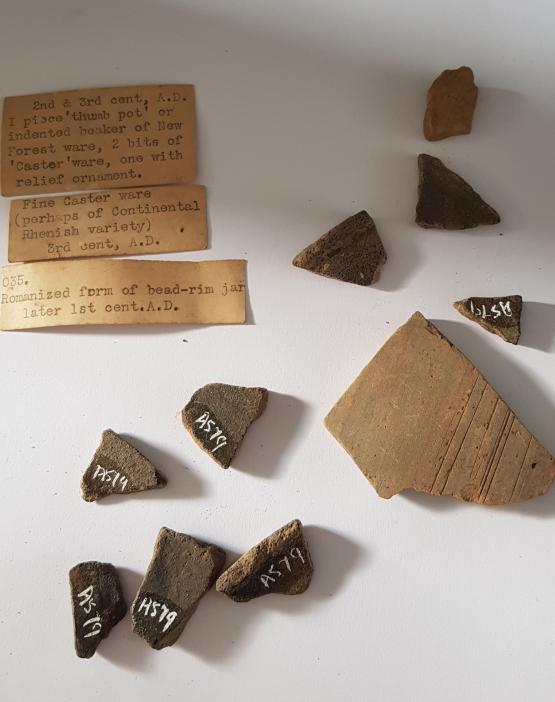 One of the Natural Science and Archaeological Society's first publicised excavation sites in the early 20th century, the museum holds many objects found at Shepherds Garden in Arundel Park. There is evidence in our collection of settlements in this area dating from prehistory to the early modern period. Here we have a sample of pot sherds of various styles and from various time periods, along with an original exhibition label from the initial display of these objects.

The items are marked as found 12.5.1935, the large light piece is what is referred to as "Continental Rhenish" fine caster ware from 3rd Century AD (200-299 CE), while the darker sherds are generally thought to be greyware coarseware - the piece at the top with a softer general appearance is the "Thumb pot / New Forest ware".

As these items do not have a definite context (exact location of find, and stratigraphic layering) they are largely unhelpful for archaeological research, however they are an important object representing the history of our Museum through its original founders in the Natural Science and Archaeological Society.