A look at the history of Manor House, the home of Littlehampton Museum. 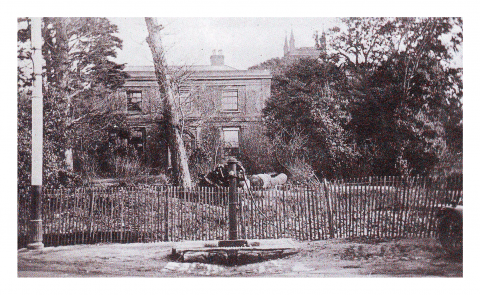 Built between 1820 and 1830, ‘Manor House’ has never been a Manor house in the strictest sense of the term, for the Lord of our manor has always lived elsewhere – in recent centuries in his castle at Arundel.

In the eighteenth century Manor Farm stood on this site, and its living accommodation was most probably a thatched farm house in amongst barns.  We know that by the end of the 1700s Thomas Olliver was living and farming here, and the Manor House that we know today was built for his family.

By the time Manor House was built the surrounding farm seemed to have stopped its activities, and certainly by the time Thomas’s grandson, Stephen Olliver, inherited the place, though still the grandest building in the town, it had become nothing more than a ‘gentleman’s residence’.

Stephen Olliver preferred shipbuilding to farming and broke away from the long established family trade to pursue his own career, becoming first a shipbuilder and then a patent rope manufacturer.  Soon Stephen’s success lead him to build himself an imposing new residence in East Street, after which a succession of leading citizens followed him into Manor House. 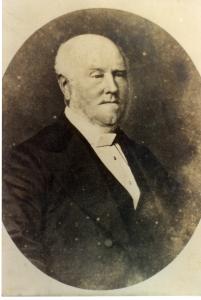 The most notable of these was Dr. John Candy (pictured left), who for around half a century looked after the medical needs of the townspeople, and who was instrumental in helping into this world a very large proportion of the population. Dr. Candy is also to be thanked for founding the Board of Health in our district, an early form of the National Health Service.

Another medical man moved into Manor House in 1893, a Dr. Francis Edward Haydon.  During his time Dr. Haydon was much loved within the town and was known for his kind heart.  He played an important part in the founding of Littlehampton Cottage Hospital and often used to take food to the homes of his poorer patients.

In 1912 the house came into the hands of the Murray family.  Captain W.E Murray was killed in action in 1914, but his widow continued to live at Manor House. Mrs Drummond-Murray became a noted figure in the town, and in 1925 was the first woman to be elected on to the UDC. In 1932 she moved away from the town and in 1934 the building was taken over by the Urban District Council, which later became known as the present day Littlehampton Town Council.

There was a grand opening ceremony, large crowds gathered, the building was festooned in bunting and a band played on the lawn. The new offices were officially opened by two local school children, Joan Vera Strong and Eric George Laker. 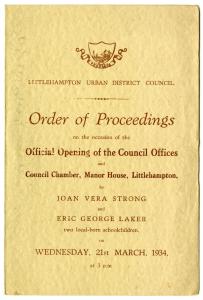 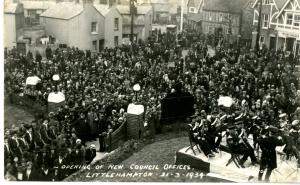 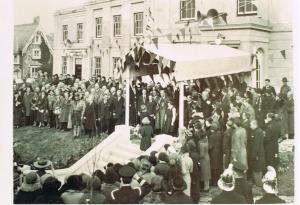 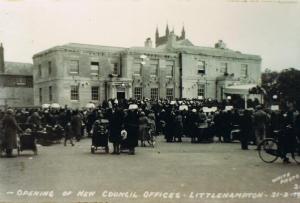 The building still houses Littlehampton Town Council to this day, with the Museum occupying the ground floor since 1991.