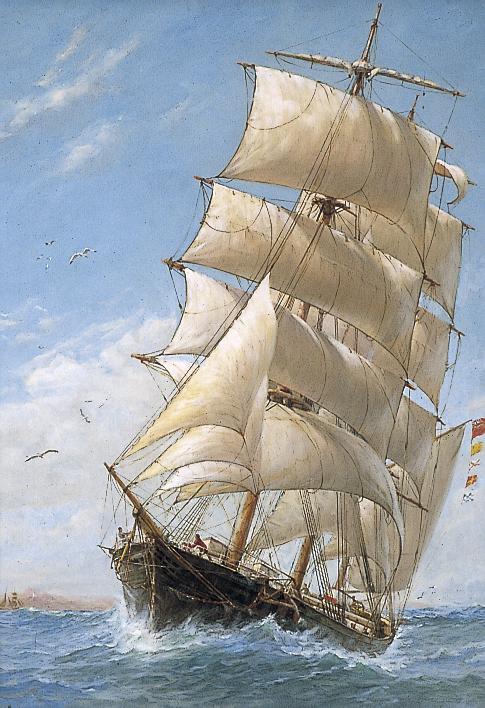 Maurice Randall (c1865-1950) was a local born man, who ran away to sea at the age of 14. He painted as a hobby throughout his maritime career, and then at the age of thirty he became a full time artist, specialising in Marine paintings and portraits. Randall's new career proved so successful that in the 1920s he was invited to Buckingham Palace to show one of his paintings to King George V. He left his London Studio in 1939 to live in Walberton, Sussex. In 1944 Maurice was one of the founding members of the Downland Art Society, which is still going strong today.

The Trossachs was built at Harvey's boat yard in Littlehampton and belonged to the Robinsons, a prominent local shipping family.  Randall was appointed 2nd Mate on its 1888-89 voyage when he was 20, and on the trip that followed he was promoted to 1st Mate.  It was on this second trip that the ship's Captain, Harry Bachelor, caught a fever and died. Randall was granted charge of the ship and brought it safely back to England in 1889.