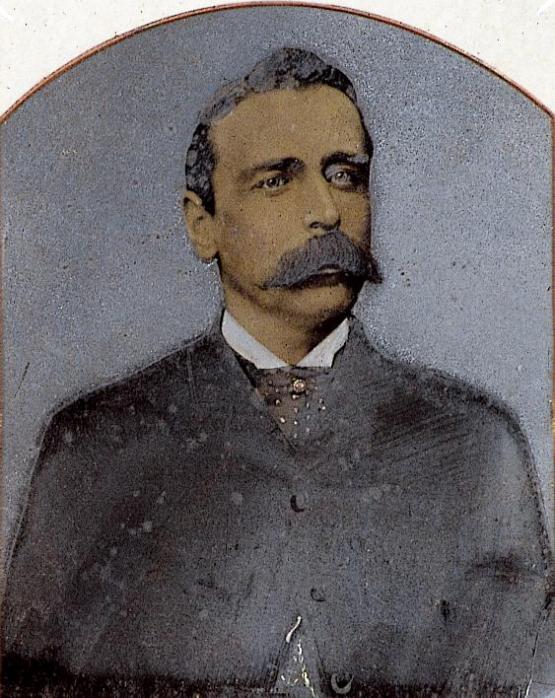 The Robinsons were a family of ship owners who grew to be the biggest ship owning company within Littlehampton. They were founded by Joseph Robinson, and his brothers George and Edmund in around 1846. Joseph was born in 1820 in the parish of Pagham. When he died in 1917 he left behind many interesting records which make it possible to reconstruct a vivid picture of his life. At the age of 15, Joseph left Bowley Farm where he had worked from around age 9, as the young man felt the call of the sea. Joseph said that he ‘hung pretty strong on the sea’, thanks to his elder brother George’s apprenticeship on a small collier. On one occasion, he walked 12 miles to Littlehampton to ask Mr Thomas Isemonger, a local ship builder, if he would take him on, but apparently he did not want an apprentice.

When Joseph Robinson went to sea in 1835 his brothers George and Edmund set about building up a trade on the mainland. By 1846 both Joseph and George were masters and ship owners. They held certificates of servitude from the Board of Trade; Edmund also passed the Board and held one of the earliest certificates of competency, which demonstrated the strong sailing ability of the brothers. In 1849, the Robinsons built the brig Brothers costing £1,650 at that time. In one year they had made £750 profit and after several years she provided a good income for them. In 1876 George Robinson died at Greenock, at the age of 61, and Joseph was left to carry most of the burden of the next 40 years, as he had bought out his brother’s interests at relatively high prices. According to local people of the time though, he always faced these
hardships cheerfully and with a good heart.

Joseph and George owned a large number of ships, which were a mixture of brigantines, barques and schooners. These were later owned purely by Joseph when he bought out his brothers, and by the mid-1880s included nine ships that were over 300 tons. You can see a painting of their Barque Trossachs, which was commissioned by the brothers and built by Harvey’s, one of the ship builders in the harbour, in the museum galleries. The Trossachs is credited with carrying the first shepherds and sheep to the Falkland Islands.

With the growth of the neighbouring ports of Newhaven and Portsmouth, and the development of new steamers and paddle boats, the Robinsons began to lose money and their fleet of sailing ships began to decline. They were restricted to transporting coal along the coast rather than the more profitable long distance commodity trade. With their heyday passed, Joseph and his brother Edmund lived on to see the end of sail. Joseph passed away in 1917 aged 96, and Edmund, who, in the Alroy, brought the last cargo of Baltic timber to be carried to Littlehampton in a British sailing ship, died in 1918, aged 85.