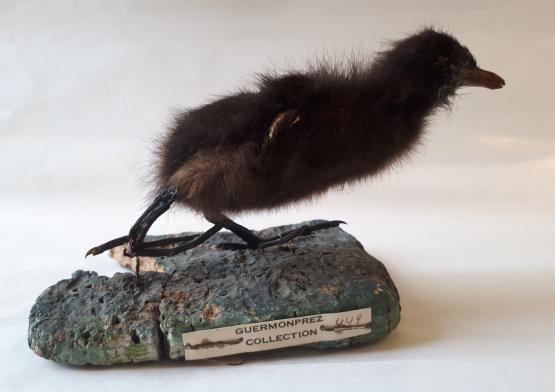 A taxidermy model of a female nestling Moorhen, mounted on a cork base. There is a hand written label stapled onto the underside of the base, and a typed one stapled onto the side of the base, which reads "GUERMONPREZ COLLECTION". The bird is standing, with one leg raised up, as if it were running, looking straight ahead, beak slightly open. Some of the feathers have been lost on it's wings, these areas are rough to the touch. The handwritten label states that the specimen was 'found dead at Bognor, Presented by R.W. Henderson'. It is dated 25.4.1903