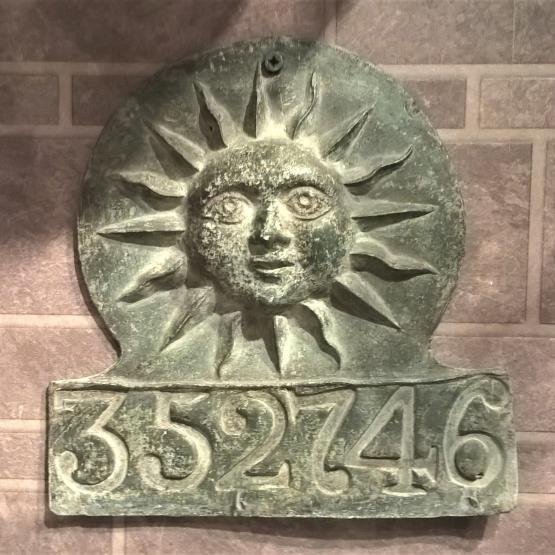 This plaque is the fire mark of the Sun Insurance Co. They had their own fire insurance company, which employed a fire brigade and only dealt with fires insured by their company. Firemarks were fixed to each house with the company logo and reference, so that the fire brigade knew whether it was their responsibility to put the fire out, in the days before a municipal fire service was formed, this meant if you did not have a fire mark your house may be left to burn!

In 1803 the numbers were removed and they were purely used for advertising. The Museum also houses copies of the policy and letters relating to this particular property.