This years Town Show has gone virtual! Here at the Museum we are celebrating all things postcards!!

The Museum holds a large collection of Littlehampton Postcards dating from the 1900s to the late 1990s. In this slideshow you can explore just some of the thousands that we have in our archive.

As part of the 2020 Littlehampton Town Show we are celebrating our postcard collection and you can find out more and design your own postcard below. 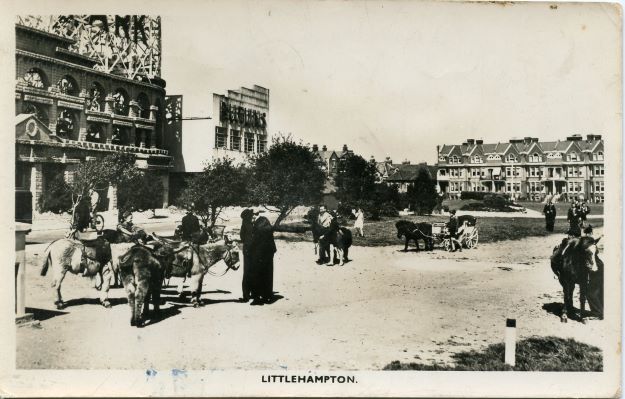 History of the Postcard

Postcards quickly gained popularity among tourists wanting to send a memento of their holiday to family and friends. The cards also very quickly became collectable items.

From the 1930's the "saucy" seaside postcard gained popularity and sales reached 16 million a year. They were cheeky in nature and often contained a great deal of innuendo. One of the most well known artists of the Saucy seaside postcard was Donald McGill. The Museum holds an extensive collection of these postcards.

Have a go at designing your own postcard by downloading the guide and template below.

Design Your Own Postcard - Guide